The process of choosing the right radiator coolant can be very confusing and challenging for most vehicle owners and enthusiasts as they must consider the numerous specifications your vehicle might need. Because there are so many brands available on the market, it is important to make the right choice by carefully scrutinizing it.

You can make your purchasing decision based on a number of factors, such as pricing and longevity of the product. To get the best performance from your Chevrolet Silverado, this article discusses which antifreeze coolant is most appropriate for the truck.

The coolant used by engines regulates their operating temperatures, a mixture of water and antifreeze. The chemical formulas in antifreeze also prevent water and moisture from freezing, which can cause damage to the cooling passages within the engine and other components just as they can to your house’s pipes. Additionally, antifreeze protects cooling system components from rust and corrosion, helping them last longer.

You can extend the engine’s life by performing routine maintenance on the cooling system. When you use coolant for a long time, its chemical properties deteriorate. When you drive your car with deteriorating coolant or antifreeze, you may experience acid buildup and scales.

It can be tricky to get your head around the different kinds of fluids when browsing them. There are several antifreeze and coolant fluids that are extremely high rated, and also have a good track record of being compatible with most vehicle makes and models. It’s wise to consult your owner’s manual for the correct fluid to use when it comes to maintaining your vehicle’s performance—or, if you prefer, ask a trusted mechanic.

It is extremely important to use antifreeze for a variety of reasons. You may know it best for protecting your vehicle against freezing, but it has many other benefits.

Avoiding overheating of your car’s cooling system. Antifreeze serves as both a coolant and an antifreeze, which means that they also increase your car’s boiling point, making it less likely for it to overheat on those 100-degree days.

Rust and corrosion prevention. As time passes, your car will experience rust and scale buildup. Since antifreeze contains special additives, it is capable of stopping corrosion at the source. 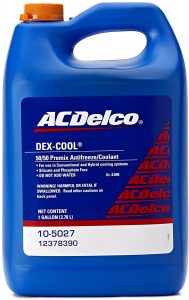 A flagship of the manufacturers of the Chevrolet Silverado brand, General Motors ACDelco DEX-Cool Coolant Antifreeze – 12346290 OEM New is the brand that is synonymous with the General Motors group. The following would be a glimpse into the materials they would use to make this coolant. As one of the many other coolants that the company produces, DEX-Cool is one of them.

Utilizing this coolant can ensure that your Chevy Silverado’s components will remain safe for as long as possible. Using an undiluted product without care can be dangerous, so it is always advisable to use the product under the supervision of a trained professional. 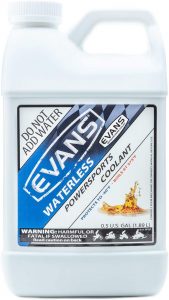 As a water-based coolant, the EVANS Coolant EC72064 Powersports Waterless Engine Coolant, which comes in a half-gallon package, is one of the best antifreeze coolants on the market due to its water-based fluid system.

A high boiling point of the coolant eliminates the vapor barrier that other water-based coolants have to contend with. It is equipped with a system that allows the interior of an engine to be cooled so that it will perform more smoothly and avoid excessive engine stress. 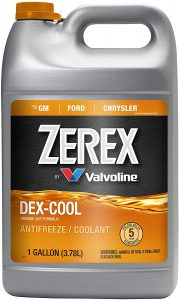 The Zerex DEX-COOL Organic Acid Technology Antifreeze/Coolant by Valvoline is a coolant with a new patented technology that is based on a carboxylate formula that makes the coolant last longer than other coolants. There is a coolant available that has been developed for the Chevrolet Silverado, which is designed to keep it safe from the freezing characteristics of winter and the boiling characteristics that come with summer.

It’s been approved by General Motors so that this Zerec DEX-COOL is meant to extend the service of your Chevrolet Silverado, which it’s made to fit, and can go up to a full 12000 miles before it needs to be replaced. 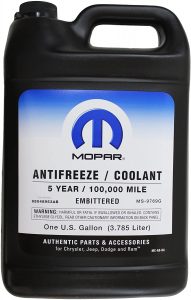 An ethylene glycol-based coolant that is meant to impart a longer lasting protection to engine components of vehicles against overheating or freezing. As the product is generally for vehicles with a built-in coolant capacity of five years under normal circumstances, it is not suitable for other cars.

Based on the place where you purchase it, the e-ink can come in two colours, orange or magenta.  Many vehicle owners choose Genuine Mopar Fluid 68048953AB Antifreeze/Coolant for their heavy-duty vehicles, such as the Chevrolet Silverado or trucks, especially those who take the vehicle on long trips.

If you purchase it somewhere, the e-ink can be purchased in two colors: magenta or orange.  Many heavy-duty vehicle owners, such as those driving Chevrolet Silverado or trucks on long trips, prefer Genuine Mopar Fluid 68048953AB Antifreeze/Coolant for their vehicles. 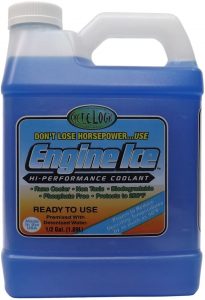 When you decide to try a new high-performance antifreeze, you should consider the Engine Ice TYDS008 High Performance Coolant. The formula is a phosphate-free, non-toxic, biodegradable mineral water cooler that boasts the ability to drive the boiling temperature up to 256 degrees Fahrenheit and the freezing temperature down to -26 degrees Fahrenheit.

Engine Ice is an intense temperature regulator that is particularly suitable for trucks, boats, and other heavy-duty equipment that is continuously exposed to high temperatures, such as performance vehicles, ATVs, and snowmobiles. The formula is premixed, so go ahead and add it to your car whenever you are ready to do so.