As a matter of full disclosure, I have also purchased Diode Dynamics’ SS3 Pro fogs for myself. The review will be unbiased, however.

The 4Runner benefits greatly from aftermarket fog lights. These can drastically improve your driving experience, since they are simple to install.

It is still possible to choose from a wide range of options. As well as highlighting their features and benefits, we wanted to cover a few of the most popular options available to you. As well as the Ambers vs. White Baja Squadron breakdown (see bottom for that).

Hopefully, we can answer a few questions about the squadron lineup at Baja. It is important to consider other options before looking directly at the Baja Squadrons. It may be more economical to choose one of these alternatives instead of an expensive one.

For their great customer service, high-quality lights, and blinding visibility, Diode Dynamics has been gaining a lot of popularity within the 4Runner community However, SAE standards are still followed. Diode Dynamics offers three different SS3 fog lights, all with different light outputs and prices

There are various levels of fog lights, each with a different light output and price ranging from Sport to Max. The Diode Dynamics fog lights, Sport, Pro, and Max, all have the advantage of being SAE compliant, which is an important fact to keep in mind. The question you have to ask yourself when choosing Diode Dynamics is which one is in your budget since the prices can differ between strength classes

Removing the fog light fog box from the passenger side is the hardest part. The fog box can be removed by pressing the tab on each side with a long flathead screwdriver and pulling it out. When you plug in the Diode Dynamics fogs, just make sure to test them before you replace the fender liner because they are plug and play. 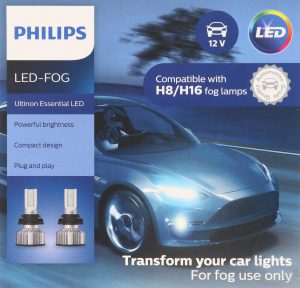 The Philips 12834UNIX2 X-treme Vision LED Fog Light is probably the cheapest LED fog light you can install in your factory housing.

In one of our old 4Runners, we first installed this mod, and it was a big improvement over the factory halogen bulb.

It is a plug-and-play bulb. It’s as simple as unplugging the factory fog lights, then twisting these new bulbs in. You can pull it off if you have a screwdriver handy.

It was almost impossible to see the orange hue of the factory H11 low beams with the bright white 6000K combined with 9.3 Watts and 840 lumens. Philips X-treme Vision fogs won’t let you down if you want a simple yet effective upgrade. 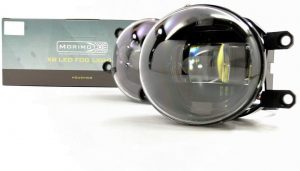 The projectors in these headlights are the same as the low beams on our cars. Inside the “projector bowl”, there are either HID bulbs or LED bulbs. Unlike our high beam reflectors, these are similar to magnified projector lenses in housings that “reflect” the light. On the road, the projected beam pattern is projected onto a piece of metal.

The Retrofit Source (TRS) has done extensive research on projector-based lights. The Morimoto line of lights is also offered by TRS. Its LED and HID projector headlights are pretty impressive. In addition to a wide range of automotive lighting options, they also manufacture LED bulbs.

Those features will make for a really clean look because of their blackout housing. They will have a sharp cutoff point with a concentrated light focus because of the integrated cutoff line.

The Morimoto is known for its sharp cutoff line and blacked-out look (pun intended).

Off-road/automotive lighting company KC HiLiTES has been around for over 40 years. Back in high school, your dads’ dad probably wore KC HiLiTES while he was trying to get into your grandma’s pants. Ok, seriously, though, KC has more than enough lumens to back up its reputation in the off-road lighting scene.

Gravity comes in a number of styles, but the Gravity G4 fog pocket is made for the 5th generation 4Runner. For factory fog housings, Gravity G4s are a direct replacement.

In addition to being durable, the light housing is IP69 rated (what does that mean). They will stand the test of time (wind, water, sand, snow). There are not many products on the market that offer as many features and benefits as KC’s 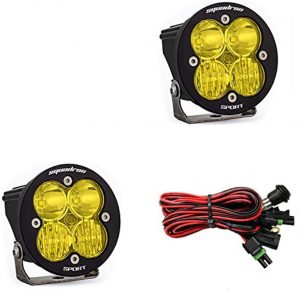 It is illegal to drive a Baja Squadron (sport or professional). Running squadrons as typical, everyday fog lights may not be possible, especially in amber. The amber lights will stand out since they are not common on most cars. As well as the amber color, the lights will be very intense. Incoming traffic will repeatedly flash you in this manner.

While running both white and amber squadrons (pros and sports) I noticed that I was flashed more by oncoming drivers when running the ambers (so much that I stopped running them on the road at night).

The amber squadrons are an excellent option for off-road lighting. You may want to try looking in a different direction if you want daily driving fog lights.

It is during foggy, misty, rainy, snowy, or dusty weather that Amber shines most brightly. Rainstorms with amber fogs had a dramatic increase in visibility compared to white fogs.

If you decide to stick with ambers, a great addition would be to wire them to a switch pro 9100. Light intensity can be controlled from there. In that way, Max (an author of our blog) has his computer wired. 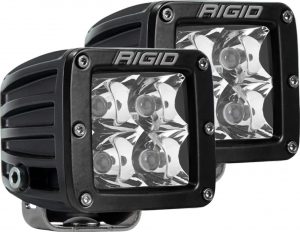 Is also a seriously tough, rugged light, and we knew that Rugged Industries took their lights seriously, but after watching the torture-testing video in the link, we are more convinced than ever that these are the type of lights that any serious off-road enthusiast needs.

Lastly, is a seriously rugged and tough light, and we knew that Rugged Industries took their lights seriously. However, after watching the video of the torture-testing, we become more convinced than ever that these are the type of lights that any serious off-road enthusiast would need.